When Ideas Crash and Burn

Sometimes things just don't go to plan and today has been one of those days. Before Christmas I had an idea of printing cards with a nautical theme to sell in my Etsy shop so I sketched out some designs and chose two that I thought could be fun to produce.
I deliberately designed them so they would use three plates to add a splash of colour. OK, so I had never tried this before but that's never stopped me.


I split the layers and drew them on to tracing paper, colouring in the sections so I could see which to cut out. All was looking good.

I transferred the images onto vinyl lino because I knew I could get a refined cut and, although it was hard to see where I was going on occasions, for the most part I was happy with the plates. I then spent the next few weeks cutting away all the fiddly bits (and there were a lot) and did some quick test prints half way through in black with positive results.
Christmas and family commitments bought everything to a temporary halt, then January was spent finishing the lino. At last I would get to do a test print with three coloured layers.

Layer 1 went down in a pale blue. The print was clean and the line up on the paper was good so I quickly printed off a few more so I had some wriggle room to adjust the print if I needed to, after all spares are always useful.

I didn't want to wait as it had taken me so long to get this far so I simply added more blue to my mix and printed straight onto wet. I liked the colours and the print was clean. I printed off  the rest and got to work on the black.


It is at this point that my heart sank. Possibly it is because I like a refined look to my work (I am very particular) but this looked like an all out disaster. Weeks of work, hours of labour and valuable time wasted when I could have been so much more productive flashed before me.


For me this simply doesn't cut it and will have to go in the rejection pile. The lines are far too chunky making it look almost child like. The black flattened out the mid range blue so there are huge areas of flat colour and the fun element which I still think lives in the original sketches has died somewhere in the process. 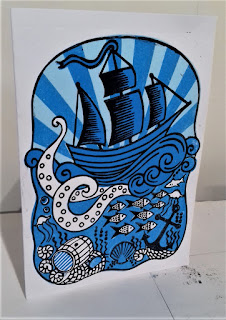 I guess you don't know until you try but this has been one very frustrating test piece. On reflection I have to work with the lino rather than force the image to be successful no matter what. All is not lost as I have other ideas in the pipe line but this has taken up too much time to start another test print straight away. The Arts Trail deadline is starting to loom on my calendar so paintings are now my priority. At least I am on safer ground for the next few weeks!

Posted by Ysobel Banfield at 15:45 No comments: 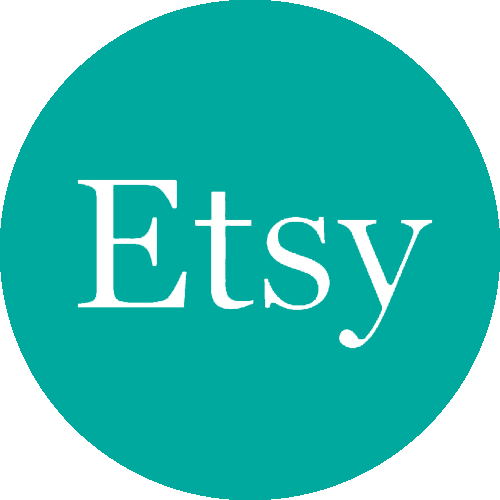